Just recently, Sony has unleashed their new DSLR camera in addition to their mid-level Alpha series family, the new Sony Alpha A57 (SLT-A57). The new Alpha A57 is the successor of the successful Sony Alpha SLT-A55 DSLR camera. This camera features Translucent Mirror Technology and is capable of continuous shooting of 12fps and Full HD recording. 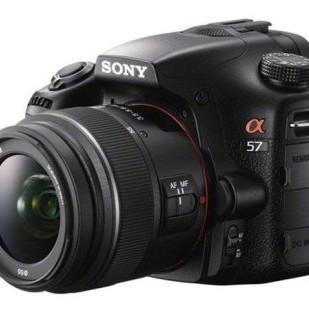 How does the Translucent Mirror Technology work? The incoming light is actually directed to the CMOS image sensor together with the AF sensor resulting in a continuous autofucos while in video recording and still shots.

The Sony Alpha A57 features a new high resolution Tru-Finder capable of viewing wide angle and gives 100% field of view. With this, you will get what’s exactly on the Alpha A57’s screen.

Aside from its fast shooting capabilities, the Sony Alpha A57 is built with a 16 megapixel APS HD CMOS sensor and latest BIONZ engine. It also features a 15 point autofocus system and has enhanced object tracking features. It has an ISO range of 100 to 16000.

The Sony Alpha A57 is said to be available in Asia Pacific region starting next month, April 2012.

You might also want to check its successful predecessor, the Sony Alpha A55.