What Can the New Samsung Galaxy S5 Do? – Watch This Video

Samsung has officially unveiled their latest flagship smartphone, the Samsung Galaxy S5, last month. The Galaxy S5 is built with cutting edge technology and sports a set of features that its predecessors doesn’t have. Commonly, people would just look at the specifications of the phone and compare it with other phones. And based on specifications alone, they just conclude that “hey I’ll go with this phone instead, it has better specs”. But the phone’s specs are not enough. The phone’s features and capabilities also play an important role in the success of a smartphone. Today let’s watch a video showing us the main features or what can the new Samsung Galaxy S5 do, watch it below. 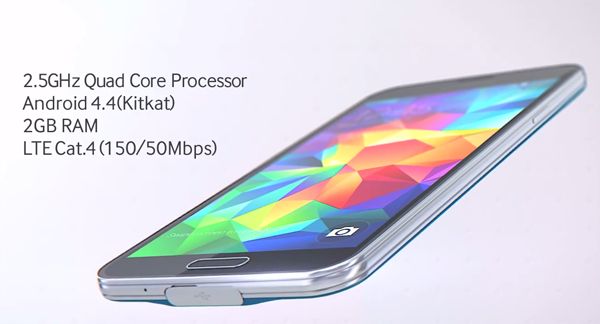 What Can the New Samsung Galaxy S5 Do

Without looking at the Samsung Galaxy S5’s specification sheet, and just watching the video alone, it makes me want to ditch my Galaxy Note 2 and grab the Galaxy S5. I know many people where disappointed since we were expecting a much better or higher specifications. But Samsung focused more on its software or applications this time.

The video above shows most of the features of the Samsung Galaxy S5, from improved camera quality and features, super-fast download speeds, fingerprint scanner, to applications that will help you keep healthy. But they are not the only capabilities of the Galaxy S5, there are several others that were not featured in the video.

Before, I was considering getting a Sony Xperia phone instead, probably the new Xperia Z2, primarily because I need the water proof feature. I don’t want my phone getting damaged again because of water. But since the Galaxy S5 is also dust and water resistant, plus it has lots of great features, I’m leaning towards the Galaxy S5 now.

I don’t mind if the phone doesn’t have a 2K or 4K resolution or if it is not powered by the latest and fastest processor. What I am looking for is a phone that can help me with my day to day activity. And it looks like the new Samsung Galaxy S5 fits the bill.

How about you guys? What smartphone are you planning to get one soon or in the near future? Galaxy S5 or Xperia Z2 or LGG3 or probably the iPhone 6?

The Samsung Galaxy S5 will become available (or its release date) starting this April. The Galaxy S5 price in the Philippines is said to be somewhere in Php32,990, for the Quad Core/LTE variant. Probably some stores might sell it as high as Php 35,000 or slightly lower than Php 33,000.

Meanwhile, expect that Smart and Globe will have the Galaxy S5 included in their data plans in late Q2 or early Q3 of the year.