At the moment, hard drives are only limited up to 2TB. And a few weeks ago, an information was released that Hitachi will be releasing 3-4TB hard drive capacity. And now, Hitachi is developing a new type of hard drives capable of 24TB capacity.

Hitachi’s research team has been working in collaboration with Japan’s New Energy and Industrial Technology Development Organization (NEDO) makes use of the self-arranging properties of certain polymers. As a result, they have successfully developed an ultra-high density patterning technology that allows accurate magnetic structures to be formed at a scale of less than 10nm. From Hexus 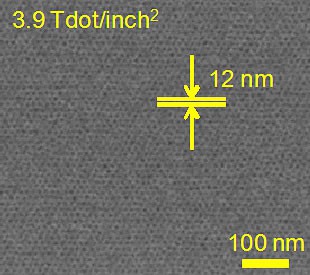 This could be finally the solution to the high capacity needs and storage problems. But of course, this development is not fully realized yet and no drives with such the capacity was manufactured yet. So we won’t be seeing this kind of drives in the market yet. We don’t know, maybe by 2011 or 2012.