Lenovo has recently announced a new range of touch-enabled Windows devices. One of these devices is the Lenovo Miix Windows 8 tablet. The Lenovo Miix is a 10-inch tablet with a huge 64GB of internal memory and is powered by an Intel Atom Dual core SoC processor, paired with 2GB of RAM. See more details below. 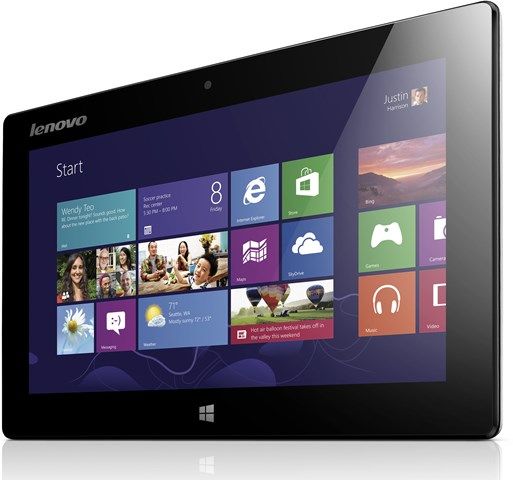 Aside from the Intel Atom Z2760 dual core processor and 64GB of internal memory, the Lenovo Miix also features a 10.1-inch HD IPS LCD display with a resolution of 1366×768. It also has an expandable memory of up to 32GB via a microSD card.

The Miix is not only a tablet but it can also be converted into a laptop/notebook. There is an optional detachable folio case allowing you to swap from tablet mode to laptop mode easily. It also features an integrated AccuType keyboard that is said to be as sturdy as a notebook, according to Lenovo.

The Miix comes with basic connectivity functions such as WiFi, and Bluetooth 4.0. It might also have a 3G variant as well. The tablet is only 0.4-inches thick and weighs 1.2 pounds. It also has a battery life of up to 10 hours.

The Lenovo Miix is said to be priced at around $500 and will become available on online stores and local stores later this summer.