You might be wondering why you can’t access MegaUpload or why you can’t download from MegaUpload right now. Well, just recently, the popular internet download and file sharing site MegaUpload was taken down and was charged by the United States Justice Department. MegaUpload was referred to as an “international organized criminal enterprise allegedly responsible for massive worldwide online piracy“. Authorities around the world closed in on MegaUpload’s resources. 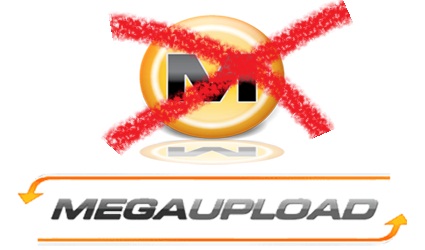 Remember this was done while the SOPA (Stop Online Piracy Act) is still not a law yet. FBI charged some MegaUpload’s staff with copyright infringement and “conspiracy to commit racketeering.” But FBI stressed out that MegaUpload’s site being taken down is nothing to do with SOPA or PIPA.

MegaUpload’s founder Kim Dotcom was arrested in Auckland, New Zealand under provisional arrest warrants. While three other executives are considered to be “at large”. According to US-DOJ, Kim Dotcom and his team are responsible for $175 million in “criminal proceeds“. They are also said to be responsible for “more than half a billion dollars in harm to copyright owners“. According to DOJ’s press release, MegaUpload also failed to comply with DMCA provisions.

Philippines, New Zealand, Hong Kong, UK, Germany, Netherlands and Australia are said to help the FBI in their investigation. More than $50 million USD were seized in US, Canada and Netherlands.

Meanwhile, a group called “Anonymous” hacked DOJ, FBI, Universal Music, RIAA and MPAA web sites. This was their reaction and response to what had happened with MegaUpload. The above mentioned sites went down after the attack. Some reports say that whitehouse.gov is their next target.

Further, there are rumors that MegaUpload is back with their new domain Megavideo.bz. I tried to access both MegaUpload’s site and the Megavideo.bz but I could not access them. Some say that it’s fake and is full of virus and malware.

Just imagine, if one site like MegaUpload was taken down because of this and that, what more if the SOPA and PIPA becomes a law. There will be hundreds or even thousands of websites that will be affected. I can’t imagine what kind of chaos would this bring to the world wide web.

The hashtags #Megaupload, #opmegaupload and #oppayback are trending in Tweeter. But reports say that these hashtags are manually remove from Tweeter’s trends’ list.