Naruto 638 is now available . During the previous chapters Madara tries to revive himself using the Renni Tensei and using Obito. From the very beginning Madara used Obito, without him realizing, so that he can revive himself. But Obito doesn’t want to die without a fight. Instead he tricked Madara and plans to become the Jinchuuriki of the Juubi before Madara does. What is Obito planning? And why does he want to become the Juubi’s Jinchuuriki? Lets find out in Naruto 638

UPDATE: Naruto chapter 638 was recently released. This chapter is entitled “Obito, The Juubi’s Jinchuuriki“. In the end Obito did became the Juubi’s Jinchuuriki. They failed to capture the Juubi and now they have to face Obito first. He’s bringing the war to the next level. Will the Ninja alliance win? What will Obito do with this new power? 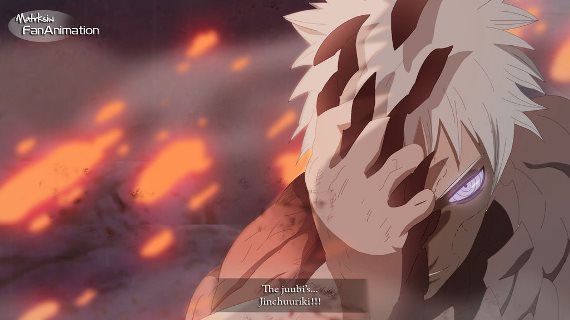 Wow this is really getting exciting. Obito had just taken the war to the next level. Who would have thought that Obito would deviate from Madara’s plan and intends to become the Jinchuuriki of the Juubi. Obito beat Madara on becoming the Juubi’s Jinchuuriki. Madara knows that but the shinobi alliance didn’t knew that until it was too late.

Minato was able to slash Obito but he had already finished the process and became the Jinchuuriki. I’m not really sure whose side is Obito now. Probably none. He might finish both Madara and the shinobi alliance using the power of the Juubi.

Madara might sit back and watch Obito. I doubt if he plans on fighting Obito now that he is the Juubi’s Jinchuuriki. But Madara might have a backup plan in case this happens. Oh well the war continues guys and we will definitely see some more action in the following chapters to come.

I’ll try to post a confirmed Naruto 638 spoiler here once it becomes available or when someone leaks it.

But I’ll update this post once Naruto 638 English scans are released.