Naruto 667 is just around the corner guys, and I’m pretty sure we are all excited and anxious to see Mighty Gai battles Madara in this chapter. The previous chapter also hinted us that Gai might with use the Forbidden Technique. But the question is, will Gai open up to the 8th Gate, which is the Gate of Death, and sacrifice his life just to fight Madara? Will Gai, somehow, could defeat Madara? Let’s find that out in Naruto chapter 667. Meanwhile please continue reading my predictions below. 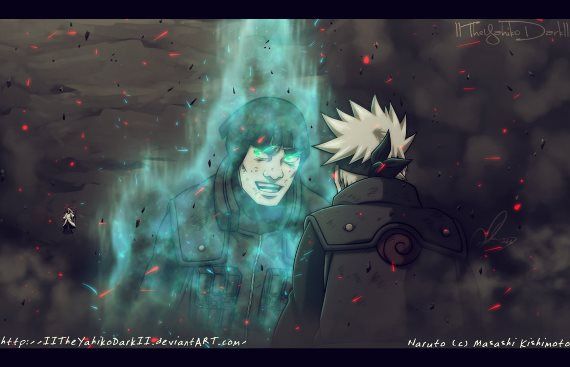 UPDATE: Naruto 667 was recently released. In this chapter Gai used the Forbidden Technique but he only opened the 7th gate. Next episode he is determined to open the 8th gate to turn Blue, in order to (somehow) stand a chance against Madara. And finally the mysterious person near Sasuke was revealed in this chapter. It was Kabuto, just like many of us predicted. He finally accepted who he was and was able to escape Itachi’s Izanami. I think Kabuto is “good” now and he will heal Sasuke back to his prime state. I’m very excited to see the next chapter. Gai might die in the next chapter.

The previous chapter hinted us that Gai might use the Forbidden Technique. This refers to Gai’s ability to open the chakra gates that will significantly increase his power. If Gai will open all the gates (up to the 8th Gate), this will give him powers even beyond the five Hokage. But this would also mean that Gai would die after using the forbidden technique.

There are no Dragon Balls here to use if ever Gai would die. This means if he dies, he is dead for good. That’s why I seriously doubt whether Gai will open the 8th Gate. He might use the Forbidden Technique but he might not open up to the 8th Gate. And even if he did, I’m pretty sure that he won’t defeat Madara with it. It’s not Gai’s (and Kakashi) destiny to defeat Madara. But they would be able to give Obito and Naruto some time, so that Obito can fully transfer the Kyubii back to Naruto and save his life.

I’m also thinking that Gai would use Benihisago and Kohaku no Jouhei since both weapons landed right on top of their heads. But then again, it would be lame if they were able to seal Madara and win the war while Naruto is still recovering. I’m pretty sure Naruto 667 manga chapter would be a very interesting chapter. And I’m really excited to see what Gai would do to Madara.

What do you think guys? What are your thoughts or predictions for Naruto chapter 667?

As of today confirmed Naruto 667 spoilers are not available and usually they aren’t leaked anymore. Let’s just wait for the chapter to be released, anyway there were no announcement that Naruto 667 would be on a break.