Ready to Get Imba again? With the new Razer MMO Gaming Gear, Anansi, you will have a significant advantage over the enemy. According to Razer, Anansi will be the word’s first MMO gaming keyboard. And it will be available soon.

First of all, as we all know, Razer gets the name of their products from various wild, vicious and dangerous animal or insect. So where did Anansi came from and what is Anansi? 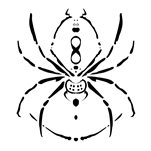 Anansi pronounced as [Ah-nahn-see] or the trickster is a cunning and intelligent spider, and is one of the most important characters of West African and Caribbean folklore. He is also known as Ananse, Kwaku Ananse, and Anancy; and in the Southern United States he has evolved into Aunt Nancy. He is a spider, but often acts and appears as a man. The story of Anansi is akin to the tricksters Coyote, Raven or Iktomi found in many Native American cultures.

Okey, back to the Razer’s Anansi. The Razer Anansi was designed and engineered especially for the MMO gamer with the ability to execute seven times more commands instantly compared to a standard keyboard. Its seven thumb modifier keys located below the space bar allow gamers to actuate every possible combination of modifiers keys (shift, ctrl, alt) in total accuracy and comfort using a single key stroke. 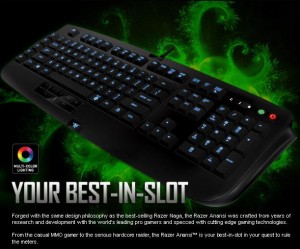 With over 100 programmable keys and five additional gaming keys, the Razer Anansi allows both casual and hardcore MMO gamers alike to further expand their repertoire of boss-killing abilities and macros, providing total control with convenient and instantaneous command executions. 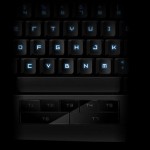 Features:
7 Thumb Modifier Keys
– Seven thumb-based modifier keys allow you to increase the number of commands you are able to execute from your current 12 ability keys to 7x that number – all in complete comfort.
100+ Programmable Keys with on-the-fly macro recording
– The Razer Anansi’s fully-programmable keys allow you to further expand your repertoire of boss-killing macros, giving you toal control with convenient and instantaneous command executions.
5 Additional Gaming Macro Keys
-Whether it’s vanquishing your adversaries or preparing for your next quest, the five additional gaming macro keys on the left side of the Razer Anansi let you easily access extra abilities and commands. 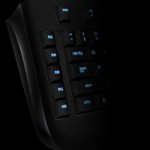 Pretty cool huh? For now there is not much to say about the product as it is yet to be released very soon. But you can pre-order it at RazerZone. We are still waiting for actual product reviews and comments from end users.