First of all, I would like to say that Farmville or any other online games, PC or console games ARE NOT Deadly. The problem is not in the game but it’s with the person who plays the game.

Alexandra V. Tobias a 22 year-old woman from Jacksonsville, Florida has pleaded guilty to killing her baby for interrupting her while she way playing Farmville. 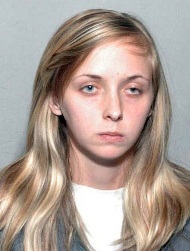 She said that her three-month old child, Dylan Lee Edmondson, had been crying while she was trying to play the popular Facebook casual game. She got irritated and angry towards her baby that she shook the baby, had a cigarette to calm herself down, then shook him again. It’s believed he “may have hit his head during the shaking”.

“Dylan’s death was classified as second-degree murder, a charge that carries the possibility of a life sentence in prison.”