Bleach 528 manga chapter was recently released. The title of this chapter is “Everything But The Rain“. In this chapter, Ichigo was sent back by Ouetsu Nimaiya because he was not chosen by the Asauchi. Ichigo was not a 100% Shinigami! Aside from being a substitute Shinigami. He needs to go back to his roots. So who is really Ichigo? 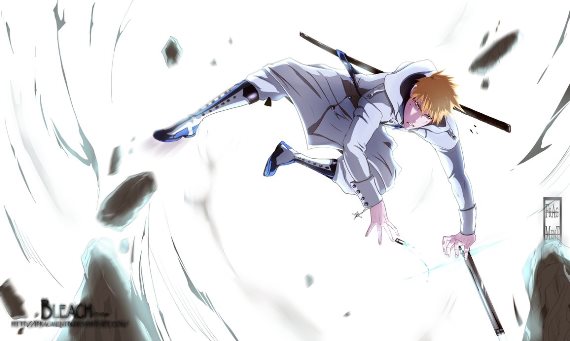 Bleach 528 Review: Everything But the Rain

Ichigo was sent back to his house, with his own body. His father, Isshin knew what happened. So even though Kurosaki tried to escape from his father (and went to Ikumi’s place), Isshin followed him, in Shinigami form.

Now, here is the part that Ichigo will learn the whole truth, who he really is, what is he, and the truth about her mother (Kurosaki Masaki). The reason why the Asauchi didn’t choose Ichigo is simply because he is not a Shinigami. He is different.

According to Isshin, he is not a shinigami but he is also not a human. So does this mean that an offspring of a Shinigami and a Quincy is also a Quincy? Not 50% Shinigami, 50% Quincy? Or perhaps Isshin meant that Ishigo is not a 100% Shinigami?

Either way, it is confirmed that Ichigo’s mother is a Quincy. So that makes Ichigo also a Quincy. That’s why he was able to use Blut Vene, without realizing it. This means Ichigo is a “Hybrid”, half Shinigami, half Quincy.

Since Ichigo won’t be able to use Zangetsu anymore, does this mean we will be expecting a new weapon for Ichigo? A crossover of a Zangetsu and a Quincy arrow? Cool!

By the way, how come Masaki is already a “Kurosaki” (and Isshin too) before they even met? 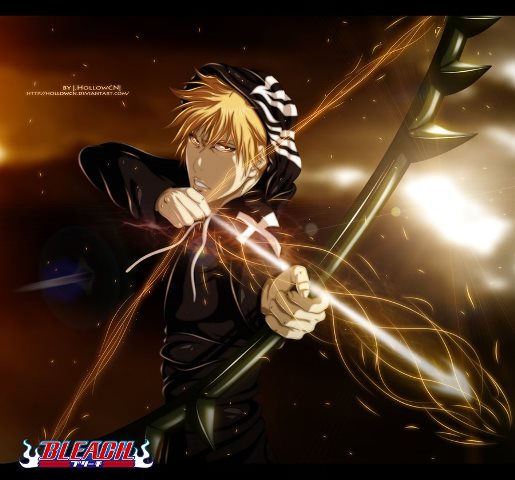 Anyway, does anyone have an idea of what is the name of Zaraki Kenpachi’s Zanpakuto? He can finally hear it. Zeraki’s power will increase potentially. And it’s not too late for us to see Zeraki’s bankai! Woohoo! This is getting exciting. Watch out Vendenreich. Soul Society’s ultimate weapon is about to be unleashed.