Bleach chapter 537 was recently released. The chapter was entitled “Everything but the Rain Op.10“. I guess this will be the last of that title since a shocking turn of events where revealed in this chapter. Isshin revealed to Ichigo the truth behind Masaki’ death. In connection with that, he also revealed some information about the “King of Quincies”, Juha Bach. Find out more on my Bleach 537 review below. 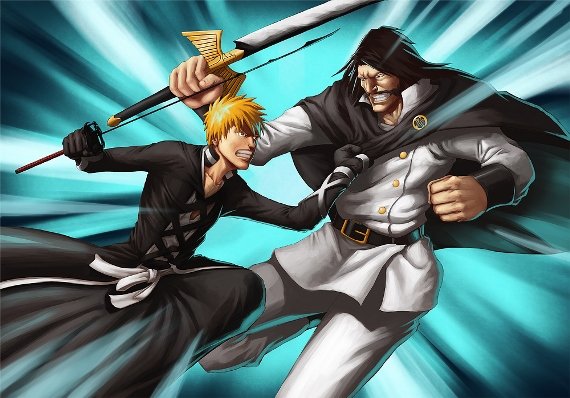 If you have watched Bleach episodes or reading its manga chapter from the beginning, you should know that Ichigo’s mother, Masaki, was killed by a Hollow called Grand Fisher. This was revealed to us in the early Arc of Bleach. Grand Fisher was a strong Hollow, but not as strong compared to the many Hollows and Arrancars that Ichigo fought.

Masaki was very much capable of defeating Grand Fisher. Isshin didn’t went out to help her because he has no powers, and he would only get in Masaki’s way. However, Isshin was wrong about that. During that day, Masaki’s powers disappeared. Rather it was stolen by non other than Juha Bach, the King of the Quincies.

Masaki was a pure blooded Quincy and her Blut Vene was powerful. She could have defeated the Grand Fisher easily, like what she did with Aizen’s experiment – the “White”. But it just so happen on that faithful day, it was time for the king to regain his powers.

The “Holy Selection” did not happen to Masaki alone, but also to Uryuu’s mother, Kanae Katagiri. She to was considered by Juha to be “impure”, thus her power too was stolen and died.

Juha Created the Quincy: That’s Why His King

And yes guys, it was also revealed that not only that Juha is the King of the Quincy, but he is also their creator. He created the Quincies, and his blood flows through the blood of the other Quincy as well. Same goes with Ichigo, Juha’s blood flows within him. But Ichigo is a half-breed, and most probably Juha considers him as “impure”. Hopefully there will be a chapter revealing more about Juha Bach and the history of Quincy.

This is also the reason why Juha calls Ichigo “son”. He considers his creation and his sons daughters, and this makes him the “all father” of the Quincy race.

If Juha is this powerful, how can Ichigo defeat him? Ichigo might need another special training. He will need to unleash the Shinigami – Hollow – Quincy powers that is within him to defeat the King.

Before Bleach chapter 537 ended, Juha called someone, the “subject”, the Prinz von Licth (Prince of Light), Ishida Uryuu. He is planning to use Uryuu to fight for their cause, and probably plans to use him to fight Ichigo. Juha knows that Ichigo and Uryuu are friends, and he knows that Ichigo will have a hard time fighting with Uryuu if ever that happens.

Knowing Uryuu, he’s not the kind of guy that could be used easily by someone. Perhaps, he answered to the call so that he might gather more information about Juha Bach. Ichigo and Uryuu might fight in the future chapters but I don’t think it will be a serious one. It would be a big disappointment if Uryuu decided to join Juha, betray his friends and fight Ichigo.

What do you think of this chapter guys? Did you find the revelation a surprise? Share your thoughts below.