Google has recently released a new unified messaging service for Android and iOS devices, called Hangouts. Just hours after its official announcement from Google I/O 2013, Google Hangouts is now available for download for Android and iOS devices. This new messaging app is somewhat similar to a Facebook messenger app is, but comes with its own flavoring. Hangouts will replace Google+ Messenger, Google+ video and Google Talk, since all of these will be integrated into this app. You can download Google Hangouts from the links below.

Since Google Hangouts is a synchronized chat service, it will work on PC, laptops, Android devices, iPhones and iPads. You can also share photos, emoji, and do video calls aside from chatting. The best part is, it’s free!

However, if you frequently used the “invisible” status, like in Google Talk, Hangouts doesn’t have this feature, yet. Meaning your always visible.

Google Hangouts will compete with other popular messaging apps like Viber, WhatsApp, Facebook Messenger and others. But perhaps they made this unified and multi-platform app to combat BlackBerry’s BBM that is now available for Android and iOS users as well. 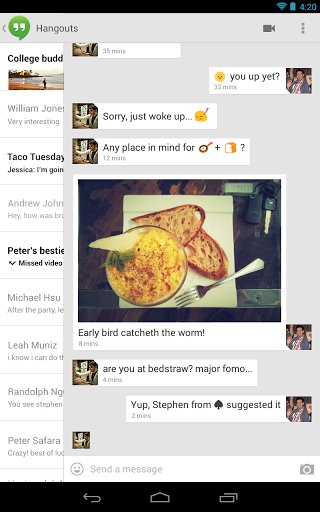 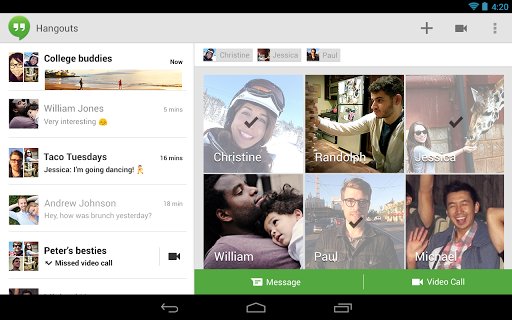 For Android devices, you can download Google Hangouts here.

While for iOS devices, you van download it on the App Store here.