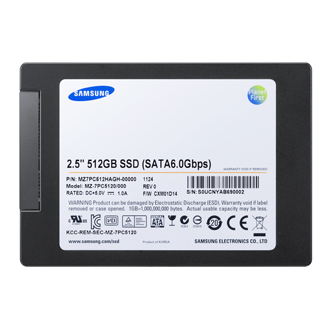 Samsung had already begun mass production of the 512GB SSD or PM830. Samsung’s 512GB SSD is ideal for high performance laptop and netbook. Samsung did not provide any specific date as to when would they release the PM830, but Sumsung’s 512GB is expected to be released by the end of the year.

According to Samsung Electronics’ Executive Vice President Wanhoon Hong “Samsung’s new line up of advanced SSDs will raise the performance bar to the next level for ultra-slim notebooks and tablets and accelerate growth of the market for high-performance SSDs,” “The industry is expected to quickly embrace SATA 6Gb/s-based SSDs, which also will help increase market interest in 256GB and higher densities significantly,” he added. 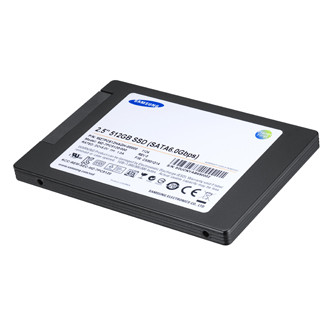 Further according to Samsung, the new PM830 or Samsung 512GB SSD is built with advanced 20nm (nanometer) class 32Gigabit Multi-Level Cell NAND flash technology and has its own dedicated controller. Samsung PM830 512GB SSD is capable of write speeds of 350MB/s and read speeds of up to 500MB/s.

Not only that the Samsung 512GB SSD boast a massive storage capacity, for a Solid State Drive, it also has the highest security level built with AES 256-bit encryption algorithm for superior protection of data.

Samsung has not yet disclosed the price for the PM830 or Samsung’s SATA 6 Gb/s 512GB SSD. But considering the price of the current SATA 3 Gb/s that has a lower storage capacity, Samsung 512GB SSD is expected to be much much expensive (if not insanely expensive).