Like the previous version of GPU-Z, the latest version 0.5.2, adds support for new GPUs that were recently released in the market.

In GPU-Z 0.5.2 the following are also incorporated and/or improved:

There were also some stability and/or reliability fixes made in version 0.5.2. 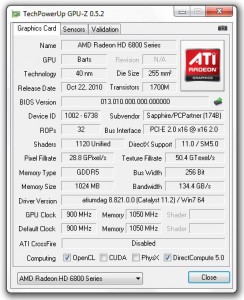 To Summarize everything, here are the changes made from the previous version to the latest GPU-Z 0.5.2: