To answer that question, I did a little bit of research and Google-ing. At first I was afraid that they discontinued Thundercats 2011! But I don’t think they would do that since it was starting to become popular again as more and more people are watching it.

The last episode of Thundercats was aired last September 9, 2011 and was entitled “The Duelist and the Drifter“. Well according to some reports, Thundercats 2011 episode 9 was simply delayed.

Thundercats 2011 is on a 6-week break and Episode 9 will resume on October 28, 2011 (according to reports). This is due to Clone Wars marathon. According to some reports, Thundercats episode 9 is entitled “Berbils“. Do you still remember the RoBear Berbils? 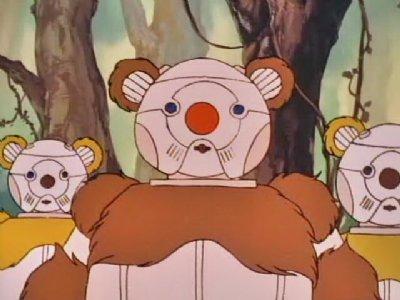 That’s right those funny looking robot bears, they will be featured next in Thundercats 2011. Then it will be followed by “Sight beyond sight”, “The War Forgers” and “Into the Astral Plane”.

So far these where just the episodes that were revealed. Release date for Thundercats episode 10 to 12 has not been disclosed yet.