Asus has revealed at Computex 2012 the successor to its MARS GPU lineup, the Asus ROG MARS III, a dual GeForce GTX 680 graphics card. The MARS III monster graphics card is built with two 28nm GK104 GPU chips. Clock speeds were not officially disclosed but, it could be similar to a GTX 680 or more. 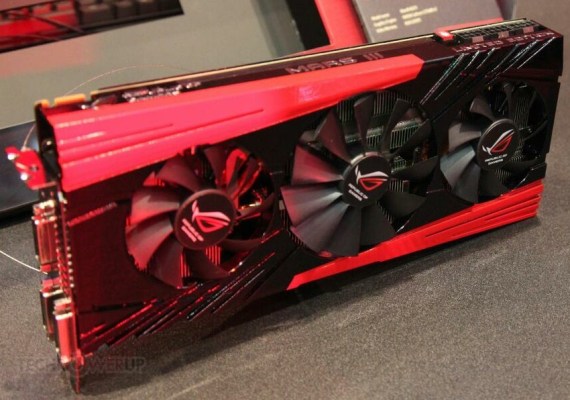 The Asus ROG MARS III gets its power from three 8-pin PCIe power connector. This could mean 525W of power consumption! Now that’s a monster! It is cooled by three fans. It also has a red button beside the PCI Express power connectors that instantly turns its fan speed to 100%. That sounds noisy! 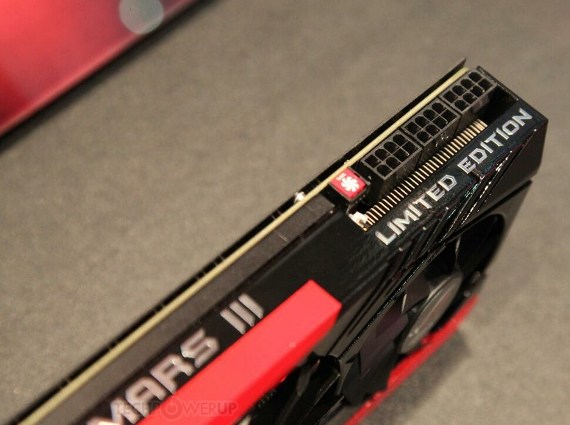 The Asus ROG MARS III has fours display outputs, namely a single mini-DP and three DVI connectors. What? no HDMI? Hmmm.. This monster card is capable of 3D Vision Surround through three 1920×1200 displays. 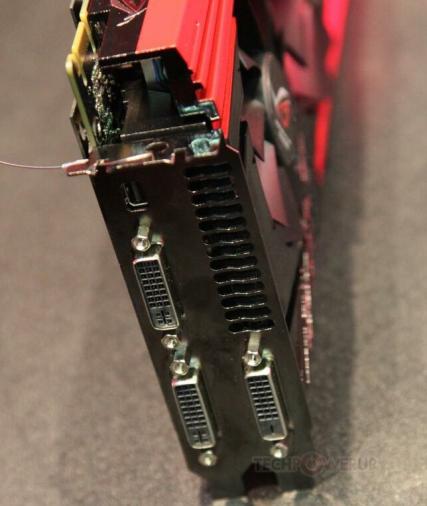 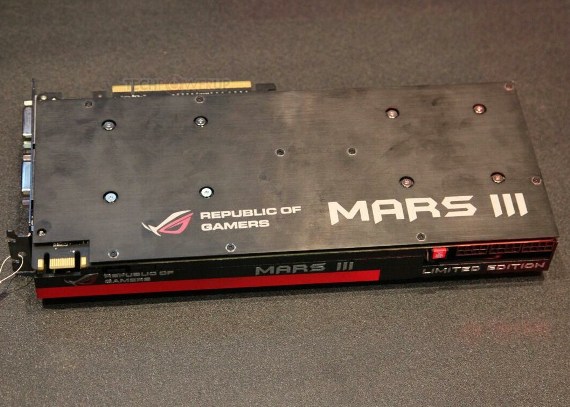 As usual, the Asus ROG MARS III is a limited edition graphics card and will be on limited quantities only. Most probably the price will also be insane, much higher than Asus GeForce GTX 690.