A new monster card is being developed by Asus. NordicHardware has revealed to us some images of the new Asus Geforce GTX580 DirectCU II graphics card. This has not been showcased anywhere!

The Asus Geforce GTX 580 DirectCU II (or ENGTX580) is the custom version of the nVIDIA’s flagship GTX 580. This new monster card has a custom made circuit board resulting in a more powerful voltage compartment for the GF110 GPU.

This is an “out of the ordinary” graphic card and is expected to deliver promising results. It is also a “thick” card, triple slot design, and utilize a custom PCB on a 10 phase VRM, with 8 phase on the GPU and 2 phase on the memory.

Asus GTX580 DirectCU II has a unique cooling system, it has 5 copper heatpipes that is directly in contact with the GPU and has a dual 100mm fans on top of the large aluminum heatsink.

This card is expected to have factory overclocked speeds and has plenty of room for overclocking.

Because this is not yet presented in CES, the price and the date as to when will this card be launched is still unknown. 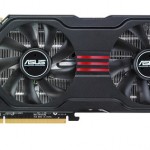 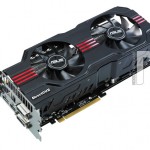 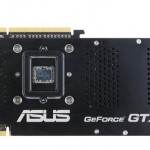 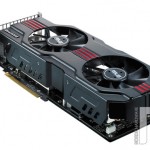 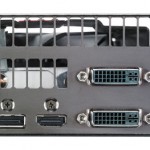