ASUS announced that the Intel Z87-based Republic of Gamers Maximus VI Extreme motherboard has achieved a decisive 91% success rate at a Computex Taipei 2013 overclocking summit sponsored by Intel® and Corsair®. Additionally, the board tallied eight world performance records at a separate gathering that took place at ASUS headquarters, all mere days after its official launch. 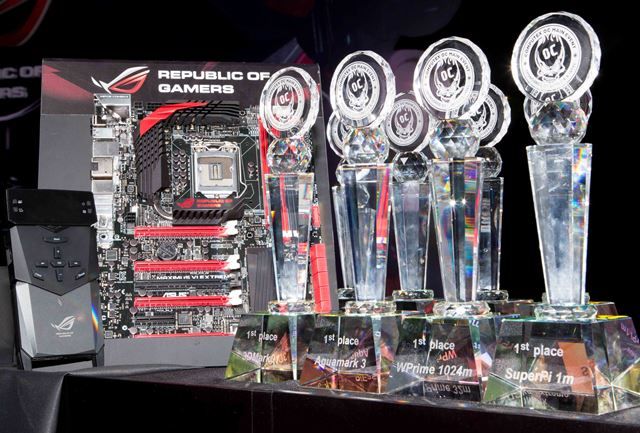 As further demonstration of ASUS and Republic of Gamers (ROG) dedication to delivering the most overclock-friendly boards on the market, Maximus VI Extreme has already played host to the fastest 4th generation Intel® Core™ i7 processor, running at close to 7.1GHz, done by overclocker Mad222. The board has also recorded four DDR3 DIMMs clocked at an impressive 3957MHz, the fastest four-DIMM DDR3 on any Z87-based motherboard at the time.