Asus has recently unveiled one of its high end motherboard and predecessor to the Republic of Gamers motherboard, the Asus Maximus V Extreme. The ROG Maximus V Extreme is one of the most anticipated motherboard for the PC Enthusiast and overclockers community. It packs the latest technology such as Intel Thunderbolt, and the Z77 chipset. If you are an Asus ROG fan, I’m very sure you will be excited about this board. Now let’s get into details below. 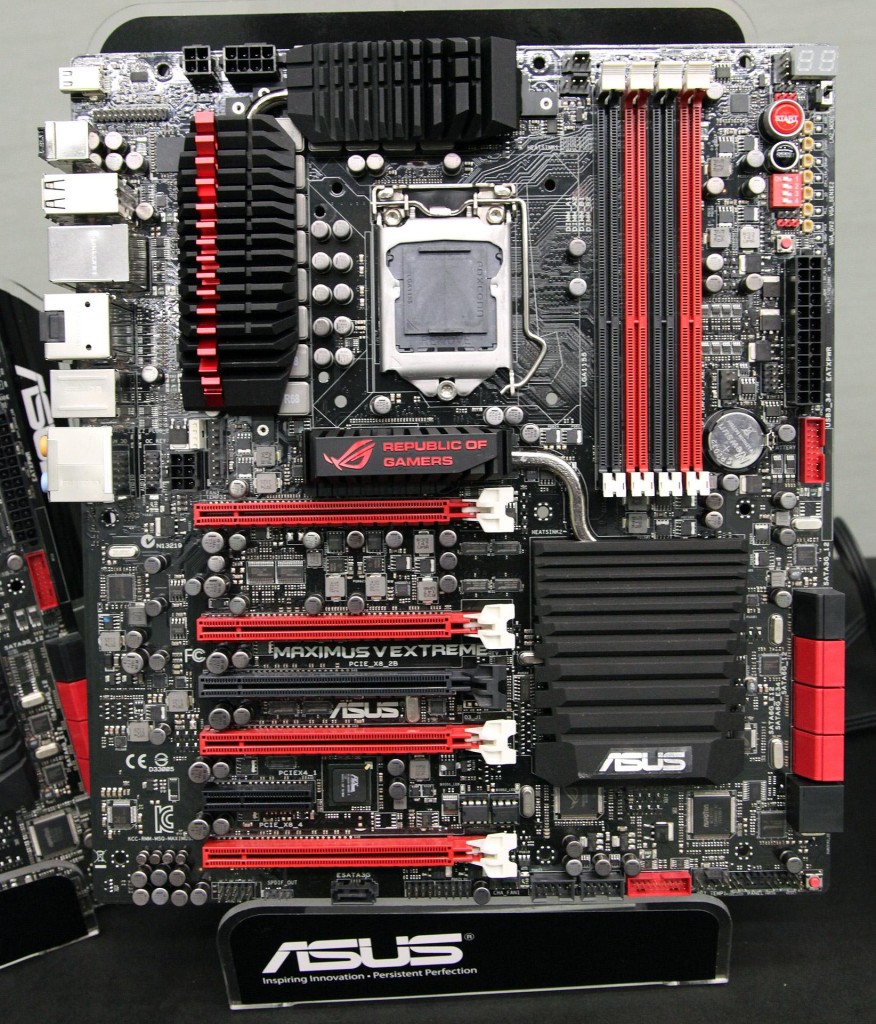 First, the Asus Maxis V Extreme is a socket LGA1155 motherboard that is based on Intel Z77 chipset. It supports the latest 3rd generation Intel Core Processors and supports up to 32GB of DDR3 memory with clocks up to 2800MHz (OC). One of the main highlighted features of the Maximus V Extreme is the integration of Intel Thunderbort port, like the Asus P8Z77-V Premium

There are a total of 10 SATA ports available. 8 SATA ports are located in the usual spot (Z77+ASMedia) with a right angle interface. The other one (a Z77) is on the mid-bottom of the board, and the other one is on the mPCIe Combo card. There are a total of 4 USB headers, two USB 2.0 pins (black) and two USB 3.0 pins (red). The Asus ROG Maximus V Extreme can handle a 4-way SLI/CrossFire-X configuration. There are 5 PCI-Express 3.0 slots for the graphics card + 1 PCIe 3.0 (black).

At the back of the Asus Maximus V Extreme are the input/output ports. We have the mPCIe slot beside (above) the two BIOS buttons. Unfortunately the picture does not show the mPCIe card installed. It also comes with a 802.11n WiFi card bundled in the mPCIe slot. The ROG Maximus V Extreme also has USB 2.0/3.0 ports, Intel Gigabit LAN port, DisplayPort and HDMI outputs, 7.1 channel HD surround sound, optical S/PDIF and a PS2 Keyboard/mouse port.

You might be probably asking, “Why on Earth did Asus still put a PS2 port at the back of Asus Maximus V Extreme?!” You might think that it is unnecessary, but for some it is not. Some overclockers prefer to use the PS2 port because they turn off the USB when they do some extreme tweaking or overclocking. The legacy I/O chip are not affected by extreme changes to frequencies across the board. 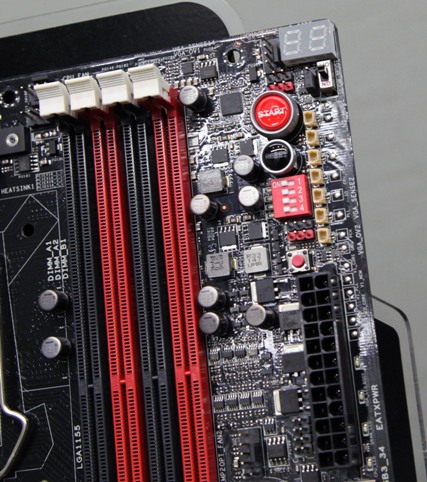 Currently information about the Asus ROG Maximus V Extreme’s price and release date is not yet available. I’m sure this board will cost you an arm and a leg and most probably it will be released by Q3 or Q4 of this year.