The latest 22nm “Ivy Bridge” Intel Core i5-3570K was benchmarked and compared with the Intel Core i5-2500K by an Expreview member. The processor’s benchmark and comparison was focused mainly on its graphics performance, or the embedded Intel HD 4000 graphics processor. 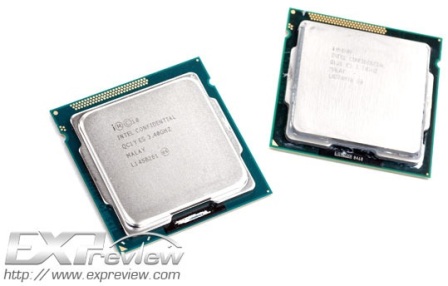 Popular, but not extreme games, such as DiRT 3, Left4Dead, Street Fighter IV and StarCraft II were used for the benchmark. In addition to that, Far Cry 2 and 3DMark Vantage was also used, these are slightly graphics-intensive.

In addition to the two Intel Core i5 processors, the Expreview member used the following hardware for the benchmark: 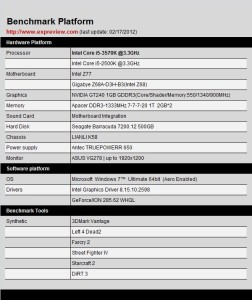 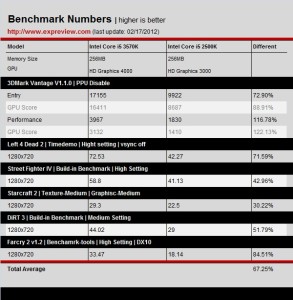 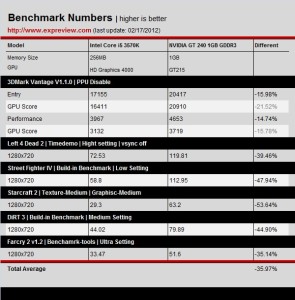