Great news! We no longer need to upgrade our P67 or H67 LGA1155 motherboards for the upcoming Ivy Bridge 22nm Intel Processors. 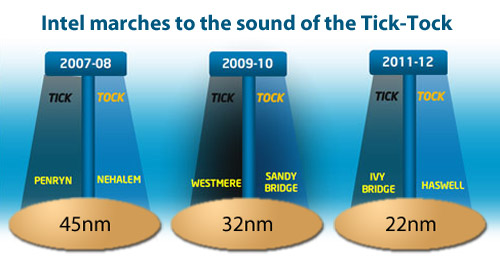 Intel used the same socket, LGA 1155 for the 22nm Ivy Bridge. They also made the software compatible to Sandy Bridge x67 motherboards.

Although a BIOS and firmware updated is needed for the Ivy Bridge to work on P67 and H67 based motherboards.

But hey, isn’t the current P67 and H67 contains bugs and was recalled by Intel? Intel has acted on this matter and promised that on April 2011 all boards with P67 and H67 chipsets will be bug free.

By that time, there will be new motherboards that would come out and totally bug free. Making you enjoy Ivy Bridge without having to upgrade to another platform.

However, Ivy Bridge is not supported in Q65, Q67 and B65 chipset based motherboards. These are the cheaper chipsets.

This was a good move for Intel and good news for the users. But ironically, they have decided it during their biggest chipset bug and recall in years. People might have second thoughts about this and would be expecting a new platform for Ivy Bridge.