Samsung GALAXY S II, an Android powered smartphone, was recognized for its powerful performance and next level of viewing experience with a Super AMOLED Plus display. 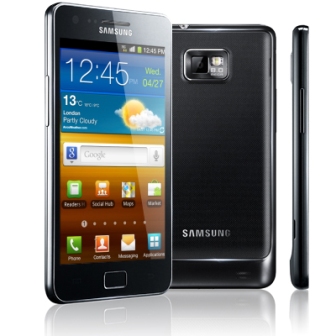 On February 28, 2012, during the Mobile World Congress 2012 held on Barcelona Samsung Electronics Co, Ltd., a leading mobile phone provider, announced that the Samsung GALAXY S II was named “Best Smartphone” by GSMA, an organization that represents the interests of the worldwide mobile communications industry and hosts the Mobile World Congress trade show in Barcelona. This honor comes in recognition of the device’s powerful performance and overwhelming response from consumers. Samsung GALAXY S II, Samsung’s flagship smartphone, achieved worldwide sales of over 10 million units in only 5 months, quicker than any device in Samsung’s history and surpassed over 20 million sales in 10 months. 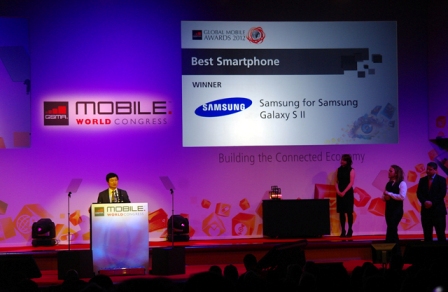 “The Samsung GALAXY S II has set a new standard for smartphones, taking speed, screen and content to a whole new level,” said JK Shin, President of IT & Mobile Communications Division at Samsung Electronics. “Building on the phenomenal success of the original Samsung GALAXY S, we are honored by this award and proud of how this device has changed the way the market and consumers experience mobile technology.”