Amazon Kindle Fire vs iPad 2 vs Nook Color: What’s the best for you!

Amazon has just released three new kindle devices. One of them is Amazon Kindle Fire which is an Android based tablet. Kindle Fire was Amazon’s flag ship device and hoping to cope up and compete with the other tablets currently in the market. 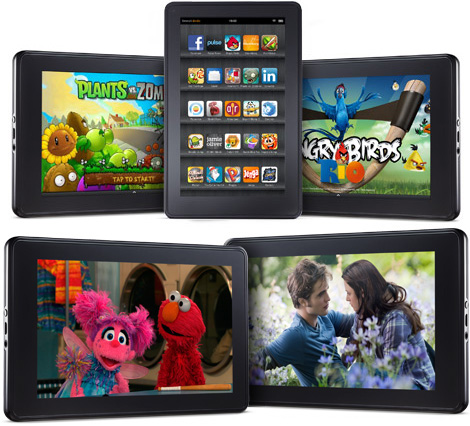 There are a lot of people who are asking, if should they get an iPad 2, a Samsung Galaxy Tab or a Kindle Fire? Another option, and a clear competitor of Kindle Fire, is Banes and Noble’s Nook Color.

First, let’s take a look at the comparison of Kindle Fire vs iPad 2 vs Nook Color’s specifications: 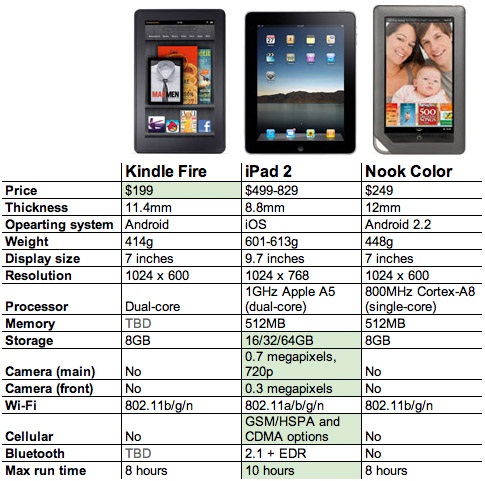 Clearly this comparison is a mismatch. It’s like comparing an entry level gadget to a high end level gadget. Nevertheless, consumers will have an idea on where Kindle Fire is seated.

It’s true that the iPad 2 has far more superior and better specifications than the Kindle Fire, and it could not be compare with. But not all people are willing to spend that much and for some, specs doesn’t really matter. What matters for other people is a cost effective product, efficient yet budget-wise, that could meet their daily needs.

Amazon’s Kindle Fire may not fall in the high end categories of tablets. It’s far from competing with the giants like iPad 2 and Samsung Galaxy Tab.

But consumers, specially those who loved Amazon Kindle, would probably consider buying Kindle Fire because it’s a cheaper alternative.

Below is a complete and detailed Kindle Fire Specifications: 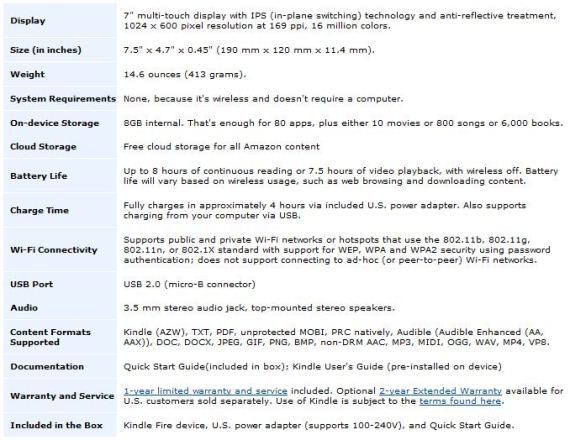