Ever wonder what would be the next AMD Socket? Could it be Socket AM4? Nope! Here we have a first look at AMD’s new and upcoming socket, the AMD FM1 Socket. 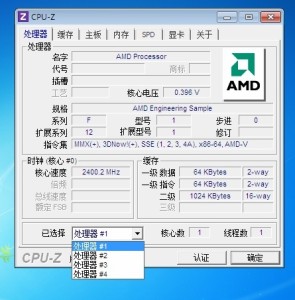 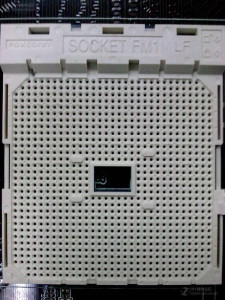 The Llano Accelerated Processing Units are integrated with a quad-core x86/x64 processor, DirectX11 complaint AMD Radeon HD 6000 with 400+ stream processors, a dual channel DDR3 memory controller, and a PCI-Express 2.0 hub. These information may not be accurate and might change when the final Socker FM1 is released to the market.

Based on the picture above, it looks like the FM1 Socket would be smaller than socket AM3+. Also in the CPU-Z screen capture above, the APU are still not supported yet but it gives us a glimpse of the APU’s specs.

AMD Sockt FM1 and the Llano APU are expected to show up on May or June. Until then, we could not clearly conclude the power of these APUs.