Prices of the upcoming Intel Ivy Bridge-E six cores and quad cores processors where revealed. The upcoming models includes Intel Core i7-4820K, Core i7-4930K, and Core i7-4960X, all based on the X79 platform, compatible with socket LGA 2011 and is expected to be available this coming September 2013. Check out more details below. 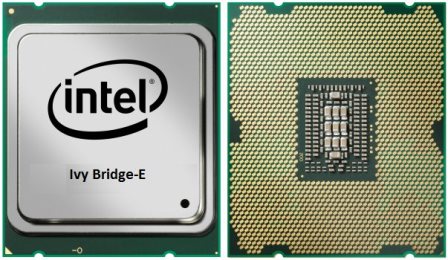 The highest amongst the three is the Intel Core i7-4960X that has 6 core/12 threads, with a core clock speed of 3.6GHz and 3.7GHz Turbo, 15MB smart cache and 130W thermal design power. It has a MSRP of $990, a price similar to Intel Core Extreme processors or AMD’s high end FX-9000 CPU. The prices are not officially announced by Intel yet, so more or less the final prices will be different from the initial MSRPs.

The Haswell-E is based on 22nm architecture and is compatible with socket LGA 2011 boards. But it is rumored that there will be a new X99 “Wellsburg-X” chipset that would be released for the Haswell-E that would support the next generation DDR4 memory natively.