After Samsung has officially unveiled their latest flagship, the Samsung Galaxy Note 3, Apple has also officially unveiled the latest generation of iPhones, the iPhone 5S and 5C. Samsung and Apple are the leading smartphone manufacturers for the past few years and they have been constantly in war, not only in law suits, but in determining who has the best smartphone. Now that each of their respective high end flagship smartphones for the year 2013 have been revealed, let’s compare them side by side and find out which do you think you should get. 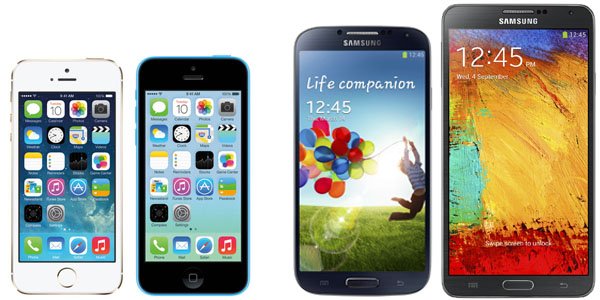 So how does the new iPhone 5s/5c stack up against their Android competition, the Samsung Galaxy S4 and Note 3? Let’s compare their specifications side by side.

First of all, comparing an iPhone with an Android phone is like comparing Apples to Oranges. An Apple has a particular set of vitamins that it only unique with an Apple, same goes with Oranges. But there are also some vitamins that they both commonly share. This is also true to iOS 7 and Android Jelly Bean operating systems.

Because there is a difference in the operating system that runs these smartphones, I personally can’t conclude that the iPhone 5s/5c is better than the Samsung Galaxy S4/Note 3, or the iOS 7 operating system is better than Android Jelly Bean. Why, it’s because only you can decide which the better one is. The better OS is the one that you are most comfortable using. It’s the one that best works for you, the meets your needs and the one that can help you become more productive.

Moving on, the iPhone 5s still features the same aluminum and premium design that the iPhone 5 has. It’s true that when you hold an iPhone in your hand, you can tell that this is no ordinary phone. How do I know? Because this is what I said when I held our iPhone 5 for the first time. “This is something premium”. But the design is not without flaws. The aluminum casing is not scratch resistant and is very prone to bends and chip-offs.

Meanwhile, the Samsung Galaxy Note 3 and Galaxy S4, even though they don’t have an aluminum casing, still feel sturdy and solid. I know some would think otherwise, saying that they are only covered in cheap plastic but that doesn’t really bother me. At least, Samsung placed a metal rim on the sides of the Galaxy Note 3. 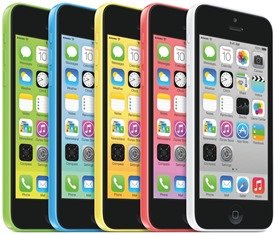 What’s Under the Hood 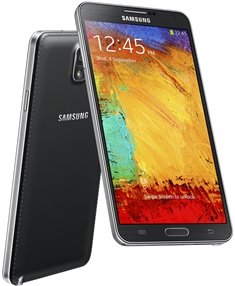 Looking at the specifications table above, it looks like both the Samsung Galaxy Note 3 and Galaxy S4 have the better and more attractive set of specifications, vs the iPhone 5s and iPhone 5c. Personally I don’t like a 4-inch display in a phone, because they are too small for me and I am having a hard time typing with them. So I prefer larger display, and other than typing, it’s much easier to read, navigate, browse websites, play games, watch videos, etc, in a larger screen.

Not only in the display size that the Samsung Galaxy S4 and Note 3 have the advantage. They also have expandable memory, more sensors, more connectivity options, larger megapixel camera. Speaking of camera, even though Apple claimed that the iPhone 5s has a better iSight camera compared to its predecessors (since it’s now using a 1.5 µm pixel size), it’s still only an 8 megapixel camera. And that’s how people will look at it. Most of the consumers are not really techie people and are not very keen with this kind of stuff. For them a 13 megapixel camera is better than an 8 megapixel camera.

Read also: Why the iPhone 5c is a Disappointment and a Deceptive Product

So Which One Will You Get?

The iPhone 5s, iPhone 5c, Samsung Galaxy Note 3 and Galaxy S4 are truly flagship smartphone, each having their own unique set of features and specifications. Like us people, they are also unique from one another and they each have their own pros and cons.

But if you were to choose from the four of them, which one will you get? I’m not an iPhone-hater or a diehard Android fanatic. But like what I said earlier, the best smartphone is the one that best meets your needs. It’s the one that you are very much comfortable using. And it’s the one that you will be most productive.

The iPhone 5s does seem attractive, specially with the “innovatively” fingerprint scanner called Touch ID. And for me that’s the only exciting feature about it. But for me, most of the features that I am looking for in a phone can be found in the Samsung Galaxy Note 3. And those features outweigh the Touch ID or any features that the iPhone 5s have.

How about you? Go ahead and cast your vote below.