Micro Star International or MSI will be releasing shortly their latest addition to their Z68 series motherboard, the MSI Z68A-G45, which has lesser features compared to Z68A-G55.

The MSI Z68A-G45 is said to be more affordable or cheaper as compared to it’s more expensive counterparts. Z68A-G45 lacks the DrMOS or Driver MOSFETs and tantalum capacitors unlike its big brother Z68A-G55. The phase count has also been changed from 10 down to 6. 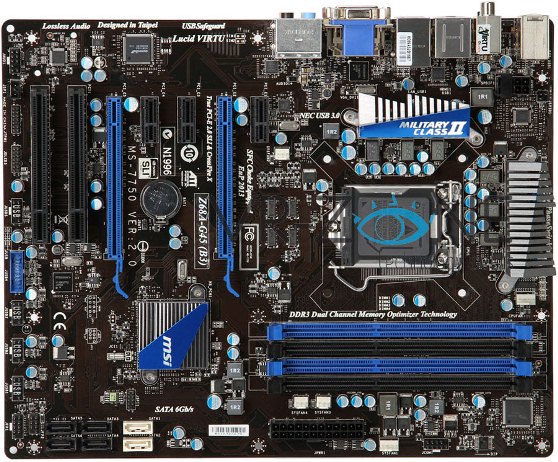 More or less MSI Z68A-G45 and Z68A-G55 are almost the same, just minus some features and the price. The price difference is not that big also considering that most of the features in a Z68A motherboard is still present in Z68A-G45.