Muv-Luv Alternative – Total Eclipse Episode 12 is entitled The End of a Deadly Battle. Yui realized that something odd was happening. She immediately rushed to were the cannon is and try to self destruct it. Unfortunately the Russians did something to the self destruct mechanism and Yui is left with no choice but to destroy it manually. Unfortunately a Tank-class BETA appeared. Who will save Yui? 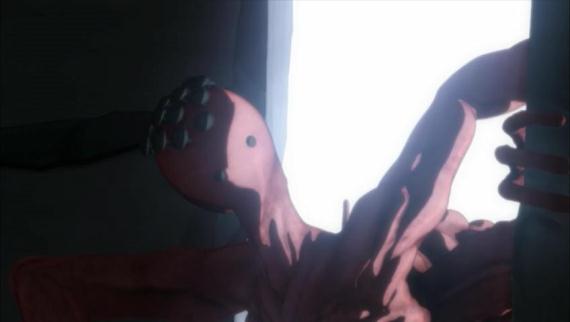 Meanwhile, the Japanese found out that the Russians true goal was to get the Type 99 cannon. And in order for them to steal it they need to “forcibly” isolate the cannon from them. Part of their plan was to let the BETA get into the base through the tunnel they dug during their previous missions. Now when the attack begun Yuuya and his team was dispatch away from where the Type 99 cannon was. And Yui did not have any means to transport the Type 99 to a safer location.

Vincent also realize that there was something odd going around and was able to secure some of their secret files. Yui hurried to where the Type 99 was but a small group of soldiers try to persuade her to escape. Yui was smart enough to discover their true intentions and jump from the helicopter to go back to the hangar. 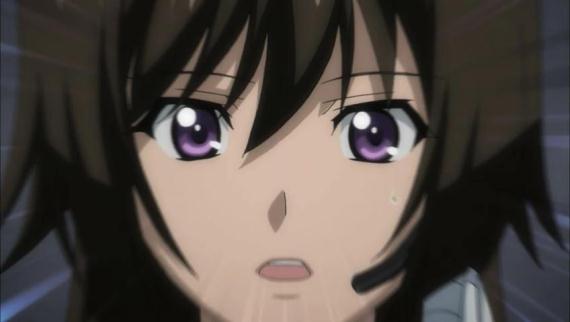 Fortunately, an engineer from XFJ team was also there to help Yui destroy the Type 99. But a Tank-class BETA Manderium (a.k.a. Ungulam crus “Equus pedis”) appeared out of nowhere. Who will save Yui?

Since there were no preview, my guess is in Muv-Luv Alternative – Total Eclipse Episode 12 Yuuya or someone with a TSF will come to save them just in time. I’m not really sure if they will be able to use the Type 99 in the next episode to destroy the attacking BETA.

There are two possibilities on how the deadly battle will end in Muv-Luv Alternative – Total Eclipse Episode 12. It’s either they use the Type 99 to wipe out all the attacking beta or destroy the BETA and escape while they still can. But since the next episode is entitled “The End of a Deadly Battle” I’m guessing that the first possibility would happen.