The New PSP 2 is called NGP (Next Generation Portable)

Sony has finally revealed the new PSP 2. Sorry folks, it won’t be called “PSP 2” instead Sony codenamed it NGP or Next Generation Portable. The NGP was revealed during the Sony Playstation Meeting last January 27, 2011 in Tokyo. The new NGP or Next Generation Portable was designed to give unparalleled interactive entertainment and promise to deliver the ultimate portable entertainment experience. 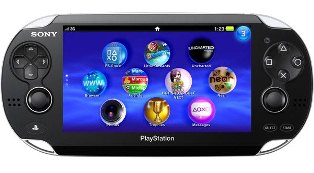 A quick look at the new PSP 2 or should I say NGP as seen in the picture above shows that NGP is a completely new concept, a revolutionized portable gaming machine. NGP has a Super Oval Design form factor which fits comfortable in users’ hands. There are fewer buttons but they have also added another analog stick below the X button, that’s right two (2) analog sticks. But don’t belittle the NGP. You will be surprised what this NGP is made of. 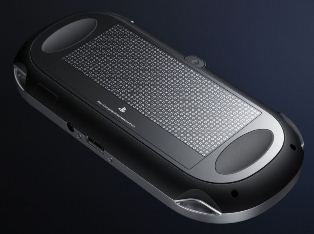 “This new system offers a revolutionary combination of rich gaming and social connectivity within a real world context, made possible by leveraging SCE’s experience from both PSP® (PlayStation®Portable) and PlayStation®3 (PS3®) entertainment systems.”

The NGP specs below will surely make you want to buy this one and forget your current PSP.

Display:
NGP is pack with stunning multi-touch 5-inch OLED (Organic LLight Emitting Display) touch screen and revolutionary User Interface (UI). Approximately 16 million colors in a 16:9, 960 X 544 resolution. This makes the display way better when compared with PSP Brite. Not only that, the new system also incorporates a unique multi-touch pad on the rear, and together with the front touch display, NGP offers new game play allowing users to interact directly with games in three dimension-like motion, through “touch, grab, trace, push and pull” moves of the fingers. 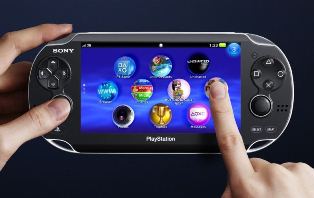 The Processing Power:
NGP is built with one of the powerful mobile CPU, the ARM® CortexTM-A9 4 cores CPU! That’s right quad core! Graphic display is also powered with a quad core GPU the PowerVR SGX543MP4+. This is sure is one monster portable gaming machine.

The NGP has also a front camera and rear camera, built in microphone, built in GPS, WiFi, Mobile network connectivity 3G, Bluetooth, a six-axis motion sensing system (three-axis gyroscope, three-axis accelerometer), three-axis electronic compass… whew! This might be even better than the current gadgets that we have! 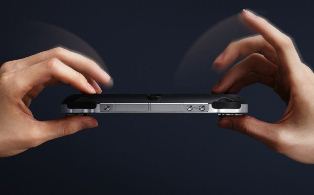 NGP will no longer use disc but it will use a small flash memory based card, dedicated for NGP software titles. The said new card can store more data than ever.

They also changed the user interface. NGP will no longer make use of the XMB but it will used a new user interface called LiveArea. Although the LiveArea does not look so good, and most people who tells about about it said that they like the XMB better, but I’m sure Sony will change this in time and make a better user interface. With the new UI, you can interact and connect with your friends and other users.

NGP is one heck of a portable gaming unit but it won’t be available until the end of 2011. Really looking forward to this…