Read This First Before Upgrading To 3TB Hard Disk

Good news for people who have lust for high capacity storage. Right now your 1.5TB or 2TB hard disks might not be enough for you. WD and other hard disk companies have already started launch 3TB hard disk. But wait, before you buy or upgrade to a 3TB hard drive, there are things you need to know first before buying or else you will get disappointed. 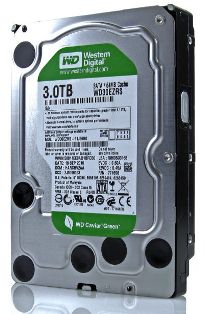 These new 3TB hard drives are not the same as your 1TB or 2TB hard drives that you just connect the hard disk to your motherboard through a SATA connector. It will not Work! There are restrictions and additional stuff specifically additional hardware you need in order for a hard disk with more than 2.2TB to run in your current computers.

Bad news for Windows XP users, 3TB hard disk like the Western Digital 3TB will not run on Windows XP. But for Windows Vista and Windows 7 users, they can install 3TB into their computer provided that they also need to install a PCI Express HBA (Hot Bus Adapter).

This small HBA PCI Express card bypass your so-last-decade motherboard drivers and enable your operating system, whether Windows Vista or Windows 7, to see and read all 3 terabytes of the storage. 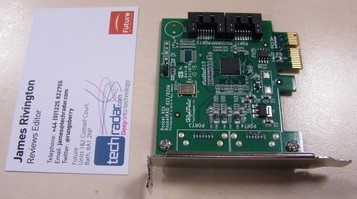 This HBA is just a temporary solution, until motherboard manufacturers makes their motherboard compatible with the 3TB or larger size capacity hard disk, or until all PC are UEFI (Unified Extensible Firmware Interface) compliant.

How about if you want to boot using the 3TB hard disk? Your system must be UEFI compliant or must have UEFI firmware in your system and a 64-bit version of Windows Vista or Windows 7. But PC enthusiasts know better and would rather use a way faster disk like SSD (solid state disk) to boot.

Good news for Mac users, because all recent desktop Mac systems uses a UEFI compliant platform. So they can enjoy the 3TB hard drives without any hassle.