Fairy Tail 298 is the next chapter in Hiro Mashima’s Fairy Tail manga series. Natsu won in the previous battle against Sting and Rogue, almost effortlessly. He showed them that Fairy Tail won’t be defeated by the likes of their guild. If Gajeel was able to join the battle, Sting and Rogue would have been over-killed already. Meanwhile…

UPDATE: This Fairy Tail chapter 298 is now available. You can begin reading this chapter online on popular manga sites. 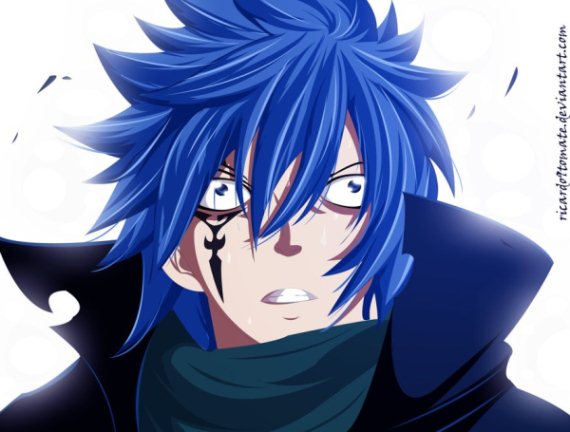 Gajeel stumbled into a dragons’ grave yard. This somehow could be connected to the dragons’ extinction and the festival of the dragons. So many dragons have been slain and put to rest in that huge cave. I wonder if Gajeel’s dragon or Wendy’s dragon died in that place.
Carla is seeing premonitions again. I bet it’s going to happen real soon. Perhaps a few more chapters to go and we would finally see the climax of this chapter.

In another part of the stadium, Jellal was able to catch up with the mysterious person who posses the same aura or power that of Zeref. To Jellal’s surprise it was a girl. What is even more surprising is that Jellal knew the girl. Who would be your guess as to who the girl is?

Could it be Lucy’s mother? An old friend of Jellal? Someone from Edolas? Hope the answer will be revealed in Fairy Tail 298. Meanwhile Fairy Tail 298 will be entitled “Exciting Ryuuzetsu Land”. This gives us an idea that the next chapter would be about the Ryuuzetsu.

I’ll update this post once Fairy Tail 298 spoiler comes out or when the chapter itself is released. Stay tuned!