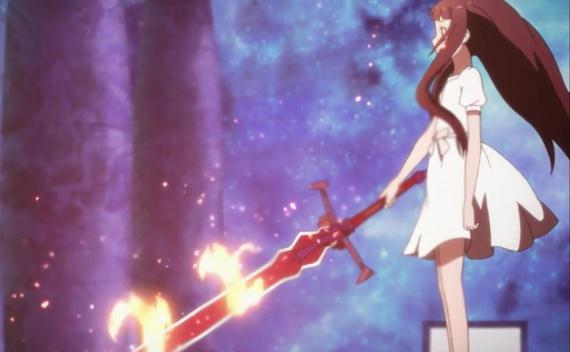 To tell you honestly I just recently watched this series and I find it superb! This is one of the best VRMMORPG-based Anime I’ve watched since .hack//Sign. I wasn’t expecting that Kirito and Asuna would end up getting married, although it came to me that they might get married along the way when they where solving a mysterious PK incident from the previous episodes.

I’m not really sure if Yui will be a permanent character in SAO. But I think she may have an important role in the world of Aincrad. She was saying about everyone’s heart and she became very terrified about something. Then a loud irritating sound suddenly echoed out of nowhere.

I made some research about Yui and found out some interesting things about her. (Forget my theories) This is a spoiler, you might not want to continue reading if you don’t want me to spoil the fun.

Yui is actually an AI, official name Yui-MHCP001. She is the first version of the Mental Health – Counseling Program of SAO. Yui regained her memories in one of their quest to find Sinker. The game actually considers her as not part of the game anymore and must be deleted.

When she was about to disappear, Kirito saved her by storing her heart as a tear crystal. And that’s the end of her role in Sword Art Online. You will be seeing Yui again on ALfheim Online, as a Navigation Pixie.

Sword Art Online Episode 12 will be released by Saturday or Sunday. I’m really looking forward to watch the succeeding episodes from now on. I’ll post update once the episode is released. Stay tuned!