Toshiba AL13SE 10,000 RPM-Class Enterprise HDD is made in the Philippines 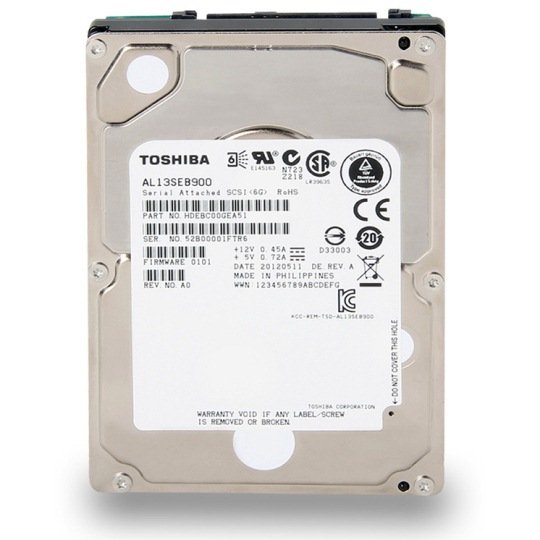 Anyway, moving on, the Toshiba AL13SE hard drive is the first 10,000 RPM class model enterprise drive to achieve 900GB capacity and it is also the first 10,000 RPM drive to features a dual-stage head positioning actuator that dramatically improved its performance including a 32% increase in sustained transfer rate.

The Toshiba AL12SE is designed for the most demanding mission-critical applications. It features an operating reliability rating of 2,000,000 power-on hours. It also makes use of the industry-standard 512 byte sector size to insure system compatibility.

According to Joel Hagberg, Vice President of marketing at Toshiba’s Storage Products Business Unit: “The AL13SE Series provides enterprise customers with capacities up to 900GB that support a broad range of enterprise applications,” he further added; “The increased performance and reliability of the AL13SE reflect our collaboration with our key partners to deliver small form-factor hard disk drives that address market requirements for mission-critical storage.” See complete specifications below. 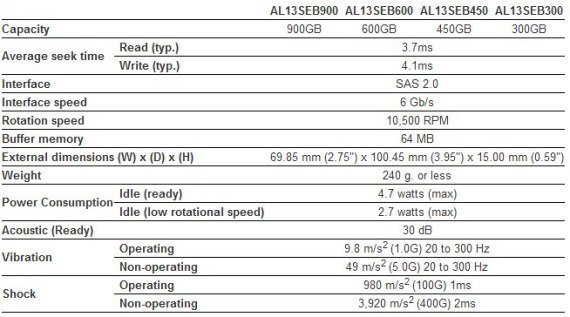