Where did Google Drive Stored my Offline Files?

“Where did Google Drive Stored my Offline Files?” This is a problem that I encountered recently. And eventually found where Google Drive is storing my downloaded or “Offline” files in my Android smartphone. Before I show you where, let me tell you first what happened. Well, if you don’t want to read my story, you can skip the middle part of this article and scroll down. 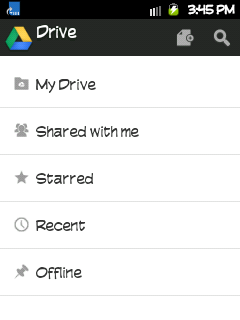 Now the next problem is I want that file to be available locally or offline so that I could listen to the audio file anywhere I am. So I downloaded the file to my android smartphone by making it an “Offline file”. Second problem solved!

Now, where in the world did Google drive stored the Offline files? Because I wanted to transfer it on the MP3 folder on my sdCard. I searched every directory in my smartphone and finally I found it.

So where did Google Drive save or stored the Offile files? It’s here:
sdcard/Android/data/com.google.android.apps.docs/files

And from there you can simply copy or better yet move the file(s) to another folder. Problem solved! I hope this could help you also. By the way, I not sure if the location is constant even if you are using a different brand/model of Android smartphone.