A few days ago at the CeBIT, ASRock made sure that the visitors would be amazed to see a real monster in their LGA 2011 X79 lineup, the ASRock X79 Extreme11. This monster board is pack with lots of features designed to endure extreme overclocking and is able to accommodate lots of storage arrays. The ASRock X79 Extreme11, aside from its other noticeable features, is built with LSI SAS2308 controller and PLX PEX 8747 PCI Express 3.0 bridge chips. 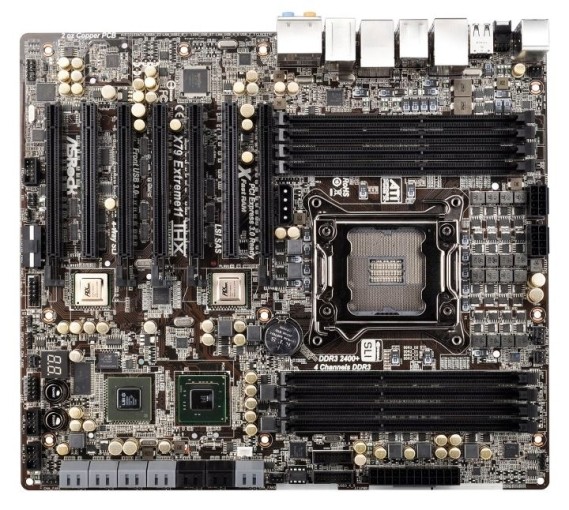 First, lets take a look at the general ASRock X79 Extreme11 specifications. This, monster board is based on LGA2011 socket and X79 Intel Chipset. It is powered by a 16+2 phase DiGiPower VRM. It draws power from two 8-pin EPS connectors.

The ASRock X79 Extreme11 has 8 DDR3 DIMM slots and is able to support up to 64GB DDR3 quad-channel memory. The memory is powered by a 4+4 phase VRM and is able to reach a memory frequency of DDR3-2400MHz through overclocking. 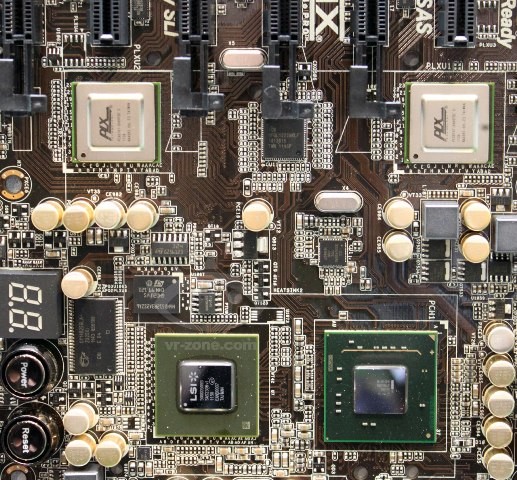 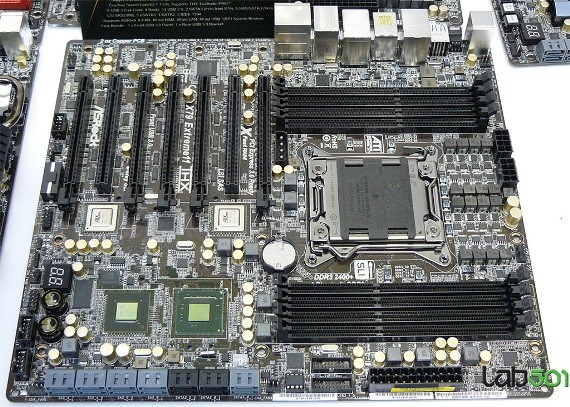 Other features of the ASROck X79 Extreme 11 includes UEFI BIOS, XFastLAN, XFastUSB. If you have noticed, the board does not have a heatsink yet. Well, ASRock is still probably designing the heatsink, probably a large one with a fan to keep the chips cool and fast.

The ASRock X79 Extreme11 is truly a monster board with lots of features. But the big question now is, how much will this monster board cost? I’m pretty sure that it will be expensive considering the added chips/features that it’s built with. Most probably The X79 Extreme11 will have an insane price too!