That’s right Bleach fans! There will be a forth movie of Bleach this coming December 4, 2010 entitled Bleach Hell Chapter or Bleach “Jigoku Hen”. In this movie Ichigo is in his full “hollowfied” form.

I could not find much information yet but I will post as soon as new updates for Bleach Hell Chapter is available.

Summary: “HELL”. is the place where a person is sent to who committed violent crimes when they were alive. SHINIGAMIs are forbidden to go there. One day prisoners revolt and make their escape to the KARAKURA-town where Ichigo and his friends live in. Ichigo and his friends are defeated one after the other by prisoners with overwhelming power. A mystery man appears (“KOKUTOO) who comes to their rescue. With Kokutoo leading the way Ichigo, Rukia, Uryuu, and Renji marches into HELL to save the world.

Now an endless, desperate struggle breaks out between Ichigo and his friends with the TOGABITO!

Here is a short trailer, nothing much to see though: 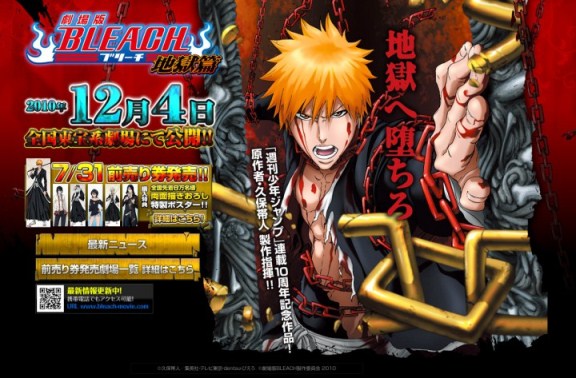 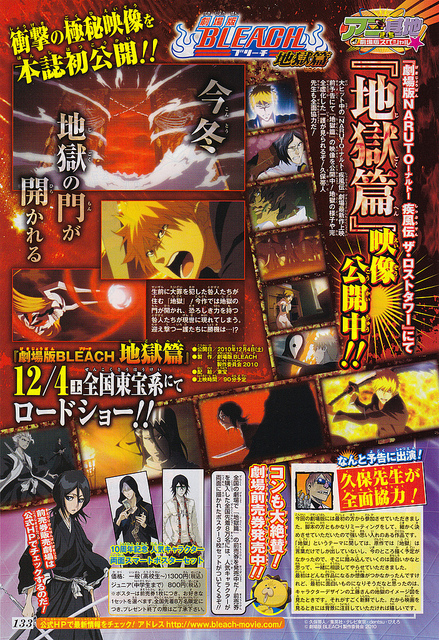 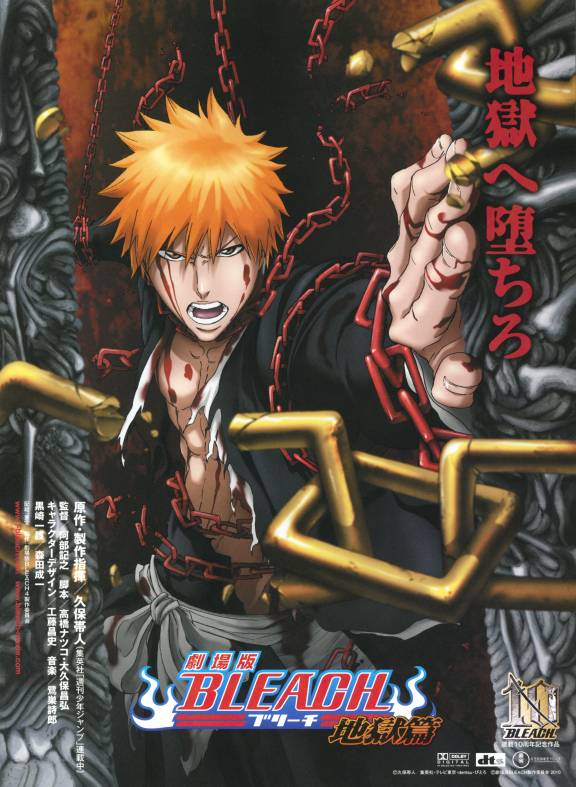