Recently, pictures of the upcoming ECS X79R-AX Stealth has spread across different tech and PC related sites. The ECS X79R-AX Stealth is a high-end LGA2011 motherboard based on X79 chipset. Surprisingly the design of this board looks very similar, and close to that of Asus TUF Sabertooth. 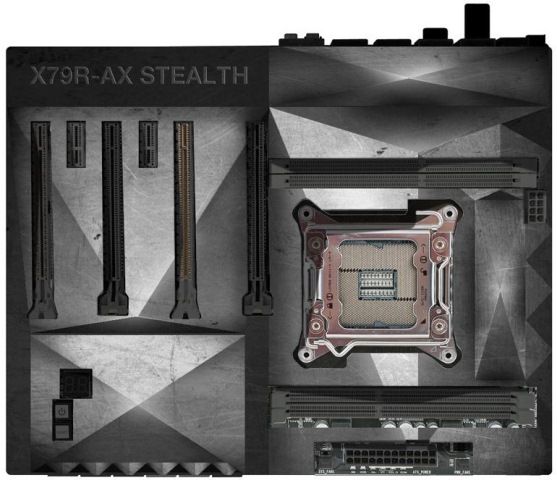 Aside from “borrowing” the concept of TUF Saberooth, the ECS X79R-AX Stealth’s shroud design looks like it was inspired by a stealth fighter like the F-117 Nighthawk. Not much information was disclosed, except for the picture. 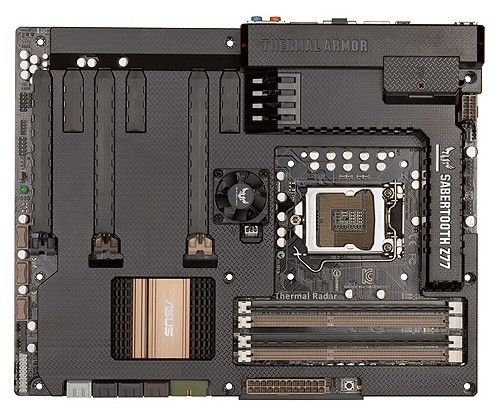 Looking at the board, we could see four PCI-Express slots for the graphics card, most probably 3rd generation. And I’m not really sure if those are 6 SATA slots stacked together, giving us 12 SATA slots in total.

Unlike the Asus Sabertooth X79 with 8 Quad Channel DIMM slots, this one has only 4 DIMM slots, and most probably those are dual channel slots. This may give us an idea, that this board is not really for extreme overclocking. It maybe a high end X79 board, but definitely not top of the line from its class.

If I’m not mistaken, the ECS X79R-AX Stealth could most probably the same with the the X79R-AX Black Series. More like reinventing the old. ECS has not disclosed any other information about the Stealth, but according to them it should be out very soon. Perhaps late Q3 or early Q4 of 2012.

By the way, the Asus Sabertooth Z77 is one of the popular Z77 motherboard this year.