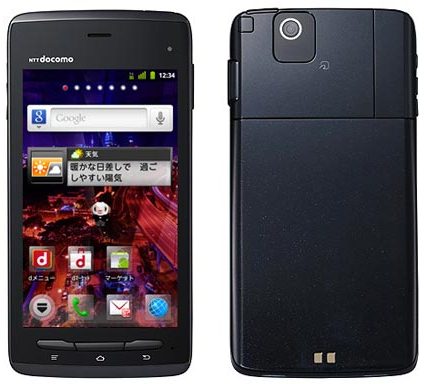 And sometime last quarter of this year, Motorala Droid Razr was introduced taking the title of the world’s thinnest smartphone with it. Motorola was able to achieve a thickness of just 7.1mm for its Droid Razr. But the battle for thinnest phone did not end here.

Fujitsu was able to create Fujitsu Arrows F-07D with a thickness of just 6.6mm! Now that’s a really really thin smartphone if you ask me.

The Fujitsu Arrows F-07D features a 4″ display with a 854×480 pixel resolution display with Corning’s Gorilla Glass as its protection. But because of its very thin body, manufacturer where limited as to the specifications of the phone. Inside it’s thin body is a 1.4GHz Snapdragon processor, a 512MB of RAM and only a 1GB of internal storage. A 5 megapixel camera with image stabilization and LED flash is also expected to be in this phone.

The phone is said to run on Android 2.3 Gingerbread platform. Much of the Fujitsu Arrows F-07D specifications are still unknown. But it is expected to be released in Japan sometime in 2012 under the NTT DoCoMo network.

Personally Samsung Galaxy S 2 is already really thin for my hands. And I don’t like very thin smartphones because they feel flimsy or brittle like a biscuit. ^_^