Naruto chapter 659 is a chapter you definitely would not want to miss. In this chapter the Tailed Beasts, Naruto and the rest of the shinobi will face Madara’s full wrath, now that he has his original right eye back, not to mention that his alive as well. Madara Uchiha can use Mangekyou Sharingan, he now has two Rinnegan eyes that would render any jutsu useless against him, plus he also has Senju’s power in him. It seems that Madara is invincible now. Can the Tailed Beasts stand a chance against him? Can Naruto do something about it? Let’s find out in Naruto 659. 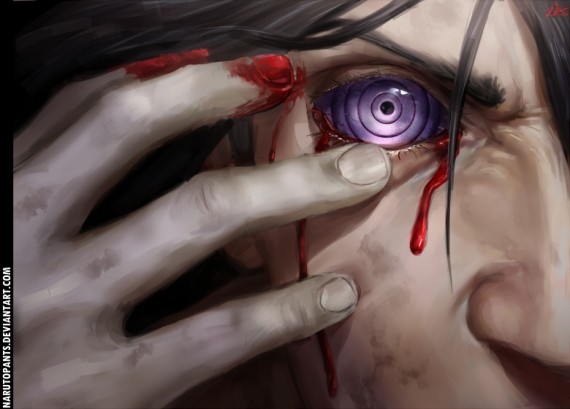 The last episode sure was an exciting one, the nine Bijuu attacked Madara. With combined attacks and carefully planned strategy, they were able to cut off one of Madara’s arm. But not only that he was able to regain another arm, thanks to the Zetsu, he now has his original right eye back. Obito must be really suffering now, and he is still being controlled by the Black Zetsu.

I’m just wondering how will they defeat Madara now. He shows no sign of weakness, but the question is, does he even has one? The only possible way for them to defeat Madara that I can think of is that all the Bijuus (Tailed Beast) would unite and become the Juubi. But this time, Naruto will be chosen as its Jinchuuriki and he will become the new Six Sage of Paths (Rikudo Sennin). After all Naruto almost look like Rikudo Sennin when he combines with Kurama.

Madara is still after the tailed beast, and I’m sure he is still trying to get all of them and use the Tailed Beasts’ power to serve his purpose. What do you think guys? What will be the result of this battle? How will they defeat Madara?

Naruto 659 spoilers aren’t out right now. I’m not sure if they will either. But let’s just wait. Naruto chapter 659 is expected to be released by Wednesday. I’ll update this post once the chapter is released or new developments arise. Stay tune!