Bleach 539 is up next. During the previous episode, Ichigo was able to fully understand his past and where he came from. And because of that, he was able to determine which Asauchi was his Zanpakuto. Now his Zanpakuto will be reforge and hopefully it will look different or more powerful. Next, Captain Hitsugaya and Captain Komamura, where hoping to regain their lost powers by going back to basics, or going back to the root. Meanwhile Vice captain Shuuhei was forced to unleashed his Bankai by their new Captain. Will they succeed in gaining new powers? More will be revealed in Bleach 539. 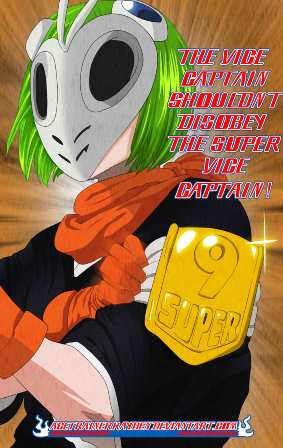 There’s no Bleach 539 spoiler yet, since it usually comes out a day before Bleach chapter 539 is released. But so far, we already have an idea of what is going on in Soul Society.

Each Captain, Vice Captain, Shinigami and other characters are finding other ways to improve or discover new powers that they can use to fight Juha Bach and his Vandenriech. Ichigo and Renji already got their weapons back, and I’m sure it’s already powered up.

The only thing they need to do now is train themselves to become even more powerful. That’s also what the other shinigamis are doing. I think Juha is giving them a chance to recover and stand up. Unfortunately, while Juha remains quite, he too has a plan and is already set in action. He is planning to use Uryuu to face the Shinigami, specially Ichigo. Will he be successful in controlling Ishida? I hope not!

I hope the “training and strengthening” chapters will not be long. We want to get back to the main story as soon as possible. We also don’t know how many chapters are there left before this final arc and Bleach will end for good.

But hopefully Kubo will pull something out good for his Bleach fans. The next chapter isn’t going to be a “big” one or an “epic” one, but still worth waiting.

I’ll update this post once confirmed Bleach 539 spoiler becomes available, or when Bleach chapter 539 is released.